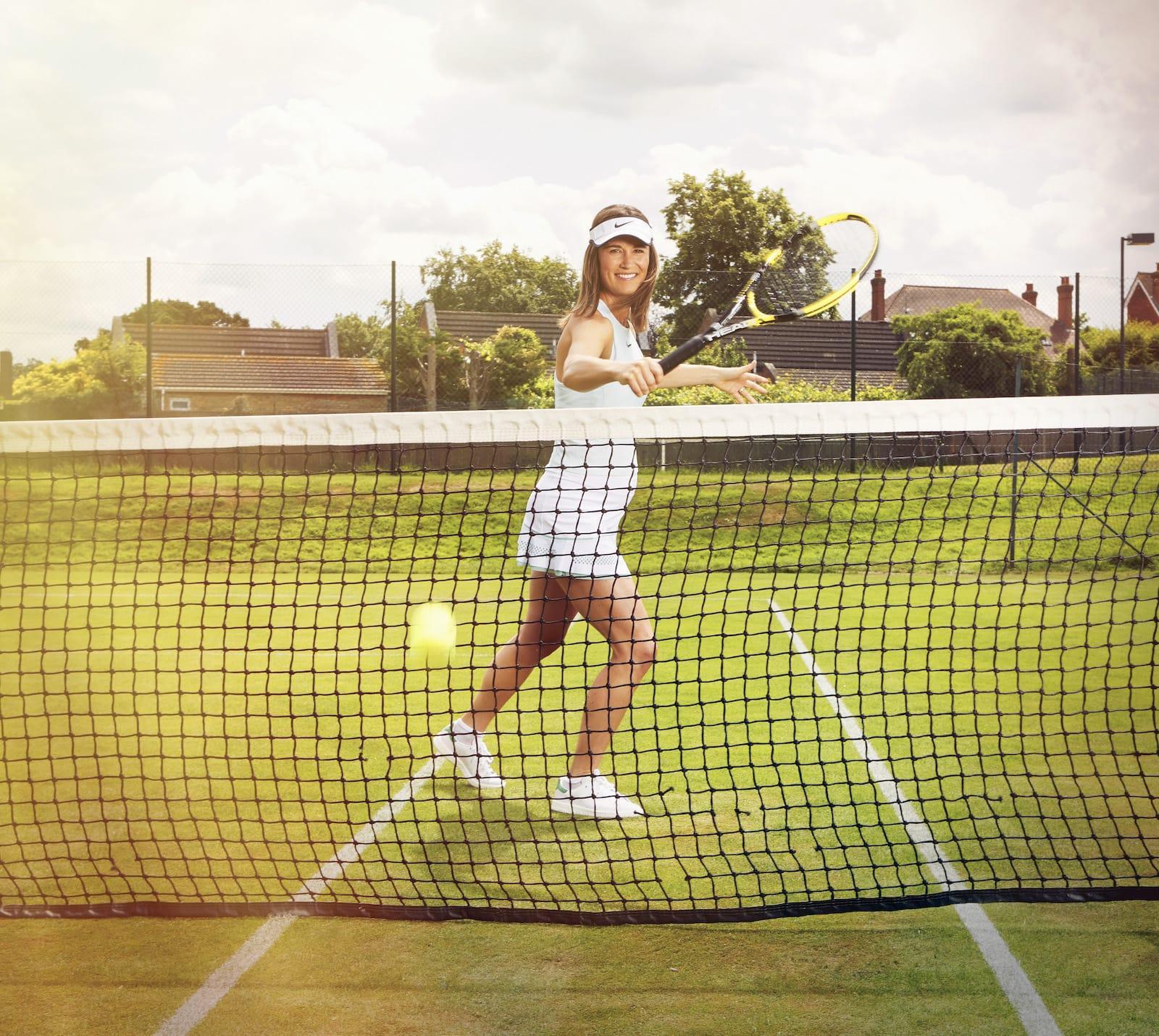 Curiosity on Fire: A conversation with Mark Harrison

Editor  Latest News interview  4th May 2021  Comments Off on Curiosity on Fire: A conversation with Mark Harrison

Mark Harrison is known for his high end editorial and portrait work. He has photographed numerous famous people throughout his career, including Prof. Stephen Hawking, Sir David Attenborough, Kate Moss and Lee Alexander McQueen. A selection of his images are in the permanent collection of the National Portrait Gallery.

You grew up in Surrey and mentioned that you emulated your father’s fascination with the darkroom. Was he a professional photographer and did you have a darkroom at home? How did this inﬂuence your early years?

My father had a basic darkroom at home, which I expanded as a teenager. He was a keen amateur and I took the opportunity to use it for my own projects and occasionally for actors’ Spotlight photos. It gave me a chance to try out stuff and I could be found there almost every weekend, radio on, dripping prints hanging from a string.

You went on to study photography. Where did you study and how did you ﬁnd the experience? Would you recommend studying photography at university — and if so, why?

I studied at West Surrey College of Art & Design (now UCA) in Farnham Surrey, after a Foundation Course in Epsom. It was really a Fine Art Photography course, so I struggled a bit as I knew I wanted to earn a living from this eventually and was drawn to the new styles of portraiture seen in magazines like the Face. At one point they almost threw me out for being ‘too commercial’. At least half those students never went on to be photographers, so I’m glad I kept an eye on a career.

The experience was great -being taught by Martin Parr and Paul Graham whilst watching the skills of (now top photographer) Richard Burbridge taking off. It was worth it as I was dragged up on possibilities by my contemporaries, even though the course lacked much practical instruction.

When you graduated, you soon began taking photos of famous authors, and soon started to do television and ﬁlm work. Can you describe this time of your life to us?

Before leaving college, I set up some assisting work with a photographer who took portraits for the Face magazine. I had by that point been shooting a project on Famous Authors so that I had a set of work akin to that which I was looking to get commissioned for.I had one second hand camera/lens and on camera flash and my technical skill was limited. But I could at least envision what I wanted the photos to look like-crucial when you have little time on a job. It was a rehearsal for my working life whilst the assisting let me pick up both the skills and mistakes made being a portrait photographer. Upon leaving , I had 12 author photos plus a record cover to show and made sure I followed up on all interest at my final show-one of them was from the editor of a photography magazine.

How has your work evolved over time?

My work has evolved in that I’ve now shot in enough kinds of situations to be able to deliver in the quickest of times and smallest of places. My last job was Lisa Nandy (Labour leader candidate) for the Times Magazine. A five-minute shoot squashed between a table and wall with my editor on the phone telling me I have to get something that will hold a stream. I did. My style has had to adapt to both the arrival of digital and the fashions of the time. I think some of my clients have no idea I have been shooting for them for so long.

What or who helped you become the photographer you are today?

Persistence and saying YES to all enquiries whilst forcing myself not to be lazy in my approach has, I think, kept me in business. Plus, I will always keep going to get that shot, no matter what.

Who have been the most fun people to shoot?

The most fun? Oh, how long have you got. Personal performances from top comedians, directing a one on one performance from a ladder with Annie Lennox and band, being locked in Abbey Road studios with Margaret Thatcher, being papped with Pippa Middleton. The list is long. My personal high points are going to places where most people would never be let in. When it says ‘No Entry’ and they lift the rope, my curiosity is on fire.

What have been the challenges?

Digital was a huge challenge-getting used to the investment in equipment that only is viable for a few years. That and surviving in a world where youth is cherished and magazines are dying. I have always looked to magazines for both inspiration and employment.

You mentioned one of the highlights of 2019 was photographing the BBC Newsnight interview with Prince Andrew. Can you tell us anything about this shoot? I imagine the secrecy was quite high before the interview.

A lot about this shoot is hidden in an NDA, but I can say that I had a phone call at 6.30pm from the BBC asking if I was available for a shoot the following day. Frankly my heart sunk as I was having a dishwasher delivered. Only when they refused to say whom it was with or where it would happen did I reluctantly agree. I don’t know who was going to be in the photo or why until I stood literally outside the ballroom door in Buckingham Palace. I was quite adamant on getting my stills even when other things seemed more pressing. The Producer told me I had two hours to deliver as ‘This is a little piece of history’. It was.

Can you tell us about any other memorable projects/commissions? If you have some accompanying images we’d love to share them along with this piece.

Well I’ve been attached to the side of a plane, photographed Prince in a Bahrain palace, had lunch with Benazir Bhutto where she discussed her possible assassination, photographed Britain’s wealthiest man and been to prison to photograph a rapist. No two days are ever the same which is why I like it. However, most days are relatively straight forward portraits in the studio or on location.  My most memorable are usually the ones where something massive goes wrong or the subject throws a hissy.

How do you stay inspired as a photographer?

I stay inspired via my enormous collection of photo books and looking at Instagram. I have a great upcoming job which I no doubt draw up in my notebook taking the starting point from both these sources.

What piece of kit could you not do without?

Well, then the obvious, I would say that there is nothing I can’t do without. Camera aside, I have been known to get the job done using whatever is to hand. I shot a TV show called the Ark for the BBC a few years back. ‘Only bring one light ‘ they said. Cut to me in the desert in Morocco with a cast of 7 to photograph. I found some silver reflectors in the back of a lighting truck and nearly fire the actors to get the shot.

What advice would you have for your younger self?

I would tell my younger self to take a holiday now and again and to stop trying to save money on equipment. Buy the best-the stress saved is worth the money.

My next job is a magazine portrait with an 80’s pop star and then a book cover later in the week. It could be 8 jobs a week and then back to an empty diary.

Have you ever had to make an insurance claim? If so, please tell us what happened.

Ah, this one is the best, and it involves Williamson Carson. The only claim I have ever made (I think) happened with Sir David Attenborough. Suffice to say that when I called your office a few weeks after submitting the paperwork, the handler could be heard to say ” Harrison..let me see….OH IT”S YOU! THE MONKEY IN THE JUNGLE CLAIM. IT”S ON OUR WALL FOR ALL TO SEE!”

I had been photographing Attenborough in the Thai jungle for a Radio Times cover with fast moving apes. As I set up my RZ camera on a tripod in a little hut, a monkey ran in and within a second had smashed all my equipment over and left. I had no back ups and ended up gaffer taping all my kit together to get the shot.

Q: WHERE DID THE EVENT HAPPEN AND WHAT IS THE ADDRESS? A: The jungle Thailand

Q: WHO WAS INVOLVED? A: Me, Said Attenborough and a monkey

Q: WHAT WILL YOU DO TO MAKE SURE THIS DOESN’T HAPPEN AGAIN? A: Never work with monkeys