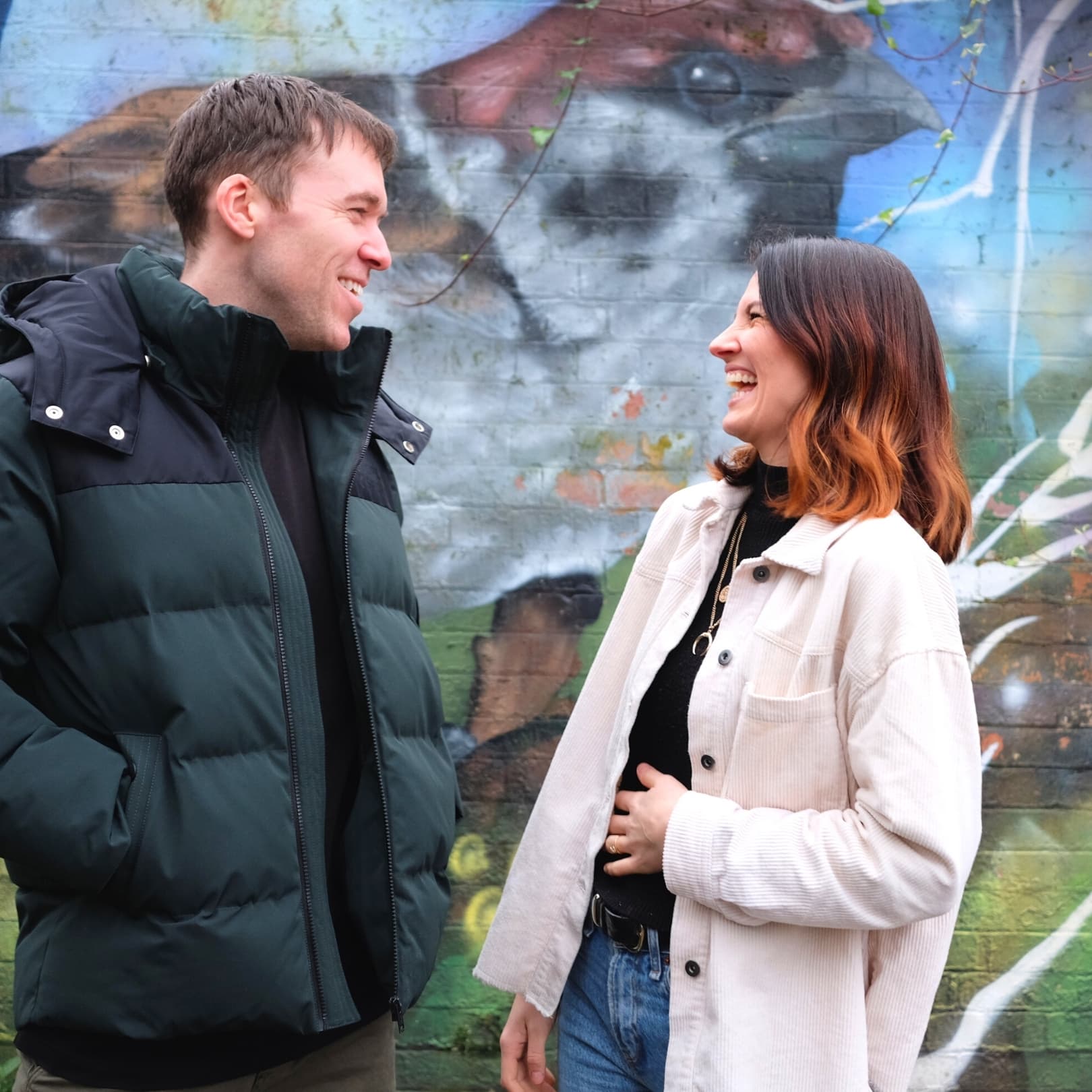 Long Time Dead Productions was started by actors and writers Katie Glaister and Sam Landon during the first wave of Covid-19. Affected by the sudden closure of the film and theatre industry, but inspired to keep doing what they loved, they decided to create their own production company. Launching a crowdfunding campaign to help finance their first short film Being There earlier this year, less than six months later the film is already a multiple award winner. We caught up with Katie and Sam to find out about their journey and about Being There, loosely based on Katie’s experience growing up, exploring the issues of single parenting, fatherhood and atonement during the pandemic.

You launched Long Time Dead Productions during lockdown. What inspired you to take the plunge and start your own production company?

Katie: The inspiration really came out of the first lockdown. We’re both actors and had a sudden period where no auditions were coming in, and nothing was on the horizon. The government’s Rethink. Reskill. Reboot. campaign directed towards the arts spurred us on more in October. No, our next job was not going to be in Cyber! We began focusing on bringing a short film to life.

Sam: We’d been banding around ideas to make a short film for a while but this gave us the kick we needed to get going with it. To do it under a production company instead of as individuals, made us more excited. It felt like a more open ended opportunity this way, and one that could lead somewhere beyond the life of the short.

You’re also in the process of crowdfunding your first film Being There. Can you tell us about the film and why you decided to crowdfund?

Katie: Being There tells the story of two separated parents, Jodie and Dean, and their daughter Lily. It picks up with Dean trying to come back into their lives and look after Lily, and how they try to make it work co-parenting their daughter in the wake of the pandemic.

Sam: We wanted to use crowdfunding for part of the budget, as it seemed like an opportunity to learn as much as possible throughout the process of production. It was a way of learning about marketing early on, but also meant we could create a fanbase for the project from the start. In terms of the platform, we chose Indiegogo because they let you make charitable donations as part of the fundraising pledges. 5% of all the money we’re raising is going to Gingerbread, a charity that works with single parent families.

Can you tell us how you met?

Katie: In a call centre!

Sam: Haha. Yes at R.S.V.P. a call centre that hires actors. The classic setting for any great romance.

Where did the idea for starting Long Time Dead Productions come from? Who suggested it?

Sam: My Granddad always used to tell my Dad, and my Dad would tell me, “You’re a long time dead. But worse than that, you’re a long time working, so you might as well work at something you love.” So that was where the name came from.

Katie: I also like the idea of legacy. That we’re creating something that will be around even when we’re not, which linked in nicely with the name too.

You set up Long Time Dead Productions to provide opportunities for emerging talent and voices that were for a time essentially silenced by the global pandemic with the film and theatre industry being closed down. Are there any stories that you’re most passionate about sharing?

Katie: We don’t really think of LTD as being there to champion any particular set of voices or stories. We really want to be a platform where all voices can be heard and any stories can be told.

Sam: Exactly. Without sounding too cheesy, we want to tell stories people are passionate about telling. That can be theatre, film, or TV, drama, comedy or horror. It’s all up for grabs!

How do you find working as business and creative partners? Do you always agree, or do you have different ways of thinking and working?

Katie: It’s so early that we don’t have any complaints yet! We’ve actually loved having a creative project to work on together. So often as actors, we’re helping each other for auditions or parts but we never actually get to be in anything together, so it’s been really fun to both be involved every step of the way.

Sam: 100%. It’s been great to get to bat around ideas together, although Katie definitely has to get me to stop talking shop at certain points throughout the day. We’ve had to make a rule recently that we can’t talk about anything LTD related when we’re out on a walk!

What lessons have you learnt along the way?

Katie: Keeping busy is the best medicine! Even when it’s stressful, it feels good to be stressed about work rather than the lack of it.

Sam: You can’t wait for permission to do what you want. No one is ever going to tell you that you’re ready to do it, so you just have to make that decision, and then start trying to do it.

Who or what inspires you?

Katie: My friends inspire me. I have an amazing group of friends that are such hard working and talented people. Whenever I see them smashing it, it gives me a boost to keep creating.

Sam: Anything with passion. When you see someone working on, or talking about, or making anything where you can see the passion in them it’s such an inspiring energy to be around. I love it when you find yourself talking with someone and you suddenly see that gear shift come in, where everything becomes more animated because they’re speaking about what fires them up.

Katie: There’s a script we’ve been working on for quite a while now, inspired by my life with my two sisters and our mum, who passed away six years ago. It feels empowering to be writing about four very different, very strong women who are the main driving force behind the story.

Sam: We’ve also been developing a play that we’re really excited about, a two-hander. It will be great to go back to the world of theatre, even more so after such a long period of absence. But we’re always keen to collaborate with other artists and love it when people reach out!