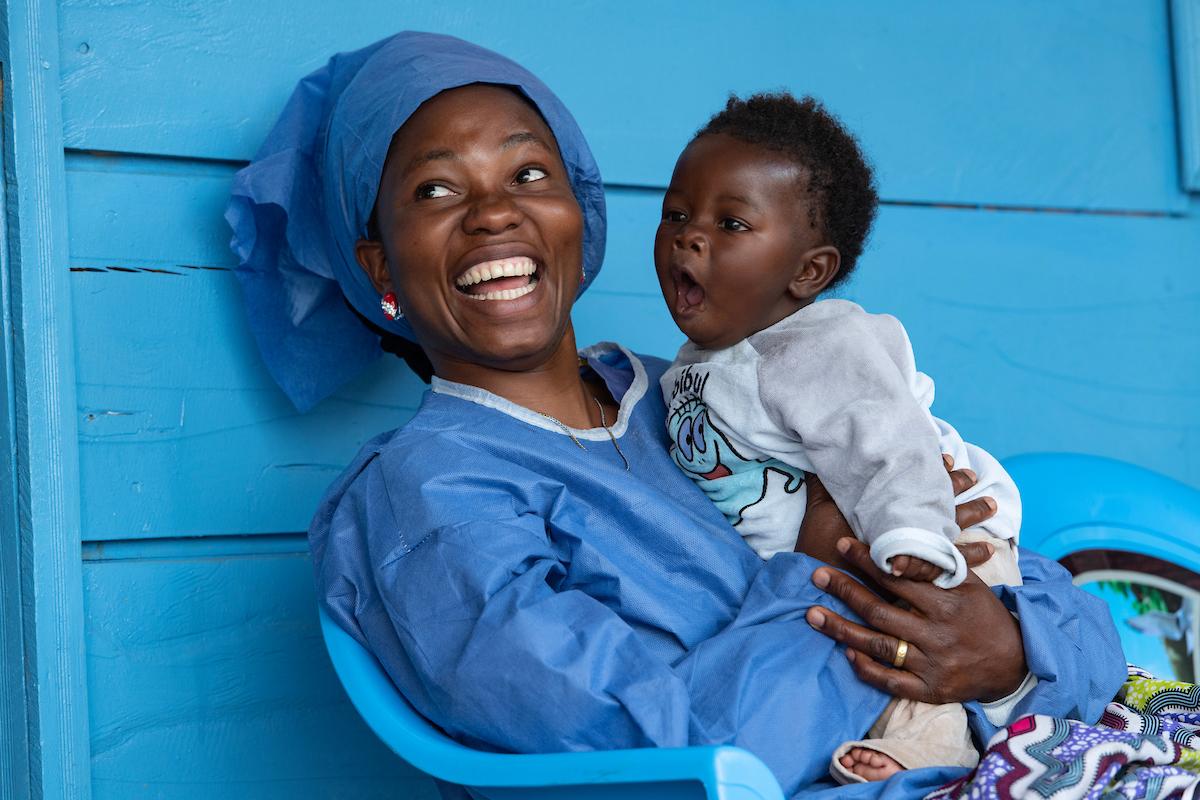 Simon Townsley is an internationally acclaimed photographer, winning numerous awards including the British Press Photographer of the year and Nikon Press Awards. In 2019, Simon documented conditions in Congo when Ebola was declared a global health emergency.

We spoke to Simon about his work in North Kivu, the challenges and the inspiring “lullaby singers” – who according to The Telegraph “may just hold the key to defeating the disease.”

What was the aim of the mission?

I am working for The Telegraph on a long-term project funded by the Bill and Melinda Gates Foundation covering Global Health Security issues. This takes me all over the world, often to countries with very difficult and complex security issues. This work has seen me twice win British Press Photographer of the year and visit over 120 countries around the world.

How did the mission make you feel?

This is one of the most challenging trips I have undertaken during my career, in the course of which I have photographed conflicts, natural disasters, and humanitarian crises around the world. The work in photographing these victims of Ebola was harrowing and difficult for many reasons. It was gruelling witnessing small children isolated in quarantine with a positive diagnosis, waiting to see how this awful disease progressed and wondering whether they would survive.

It was also uplifting to photograph the work of Ebola survivors, who are now immune to the disease and volunteer to care for people suffering from this horrific modern plague. All of them have lost many members of their own families.

One particular group of these volunteers are the “lullaby singers”, who care for the abandoned and orphaned victims of Ebola sufferers. These children are potentially incubating the disease, and can’t be looked after by anyone but an Ebola survivor. They alone are not required to wear the frightening protective equipment that is de rigueur for other carers.

You’ve been involved in a lot of these missions before. Does it get easier or harder?

I was glad to be able to document such a critically important story. Bearing witness to this horror, the suffering and bravery of the people of the Congo was an immense privilege. In particular, I was moved by the selflessness of people who had themselves suffered the disease and seen it decimate their families – those who had lost everything but continued to give.

Was there anything that surprised or shocked you on this mission?

I was particularly moved by the case of a pregnant woman survivor whose baby had to be delivered and kept in an isolation room, as the virus often remains active in the amniotic fluid. What a terrible way to come into the world.

The Telegraph reported that Ebola treatment centres have been attacked and seven workers were killed. Do you ever feel unsafe doing this work?

This most recent trip in July 2019 to North Kivu in the Democratic Republic of the Congo was particularly difficult, with civil unrest, dozens of armed militia groups, and a critical outbreak of the highly infectious Ebola virus.

I was working in conjunction with Unicef, and the trip involved visiting Ebola treatment centres in two locations – Beni and Butembo. Travel between these two towns took three hours on unmade roads through exceptionally hostile areas, that required us to wear ballistic jackets and helmets travelling in a UN convoy.

I spent some time in the community, where a deep suspicion of outsiders and even the existence of Ebola makes a very tense situation.

What’s the best advice you could give to other photographers who go on these sorts of missions?

Working in these areas of the world is obviously difficult and complex, and you need the support of a responsive and flexible insurer in order to be able to function. This allows me to produce images that can have an impact around the world.